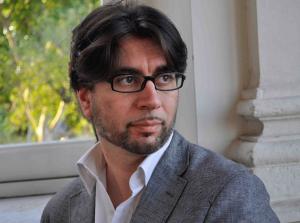 "There is in Bravi an unprejudiced investigation into the potential of sounds.  But the musical composition is also how the sounds are arranged, how they act.  In Bravi's works they act in an admirable, absorbed proceeding with shots of surprising singability." - Mario Gamba - Il Manifesto Alias - January 2014.

Daniele Bravi's music is based on an accurate research of tone colours which he achieves by using classical instruments and on the manipulation of the concept of time: the extremely conscious use of the sound material enables him to control impressions of the flow of time.

Bravi's musical ideas are connected with philosophy, mathematics, physics and architectural principals like on La Curva di Lìgaso (2004) for piano, Rifrazioni Lontane (2004) for orchestra (first price at the Musica Europa-2004 international competition - Salvatore Sciarrino President of the Jury), the Quartetto n.2 (2005) for string quartet written for the Arditti quartet and Meditazione Prima 'in Eco' - Hommàge à Descartes (2002) for ensemble that has been selected by the Italian National Commitee of Music - CIDIM and by the International Association of Music Centre - IAMIC to rappresent the italian contemporary music during the concert/conference IAMIC 2007 (June 2007) in Wellington – New Zealand.

Daniele Bravi began to study composition very young on his own and followed the same path as those Italian composers who in the last thirty years have begun their musical training in Italy to then complete it in France.

He then studied for three years at the Conservatory of Strasbourg under the guidance of Ivan Fedele and obtained the diploma in 2006. and later with Salvatore Sciarrino, Pascal Dusapin, Wolfgang Rihm and Helmut Lachenmann.
From 2006 until 2008 he studied composition and electronic music (C.A.C – Open Music and Live Electronics – Max/Msp) at IRCAM in  Paris (selected by the comité de lecture of the Ircam and the Ensemble Intercontemporain).

Initially influenced by the works of C.E. Ives, he later developed his studies on the spatialization of sound and on timbral research in constant contact with the performers.
This exploration of sound is part of a clear formal context, characterized by an economy or material and a continuous reference to musical fragments, paying particular attention to the “musical perception” of the listener.

His music is published by Universal Edition and Nuova Stradivarius.